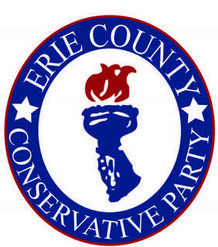 The Conservative Party is committed to helping the taxpayers residing in New York State and firmly believes that tax reform and relief is needed immediately and must include the following measures:

We staunchly reject any effort to reinforce or expand current abortion laws. We support parental notification and/or consent prior to the performance of an abortion on an unmarried minor and we support New York passing a ban on the procedure known as Partial Birth Abortion, the elimination of Medicaid funding of abortions and support Informed Consent.

We support legislation that upholds the Second Amendment rights granted to citizens in good standing and demand that those who use illegal guns or who use deadly weapons to terrorize patrons in public places (Schools, Malls, Movie Theaters for example) must be prosecuted to the fullest extent of the law.

We support the restoration of the death penalty.

We reject any effort to legalize mind-altering drugs and natural herbs for medicinal or recreational purposes.

Hydrofracking, with proper environmental safeguards, should be permitted in the state.

We are opposed to taxpayer financing of political campaigns, sovereign entities supporting candidates and efforts to establish early voting in New York State.

We support efforts that result in apolitical Boards of Elections.

We continue to oppose Casino Gambling as a means to enhance revenues.

We support repeal of the "Wicks Law" mandates on public building construction and support New York being a right to work state.

We are opposed to the issuance of New York State drivers' licenses and any form of government identification, and/or any other New York State licenses to illegal aliens and we support the fingerprinting of all applicants for government benefits.

We support the encouragement of educational choice programs through establishment of a system of educational tax credits or deductions and/or vouchers in payment to parents or school districts for expenses incurred in elementary or secondary education, and we support expanding the number of Charter Schools in New York State.

We support first passage of a Constitutional Amendment establishing Initiative and Referendum and Recall as well as term limits for the Governor, Lt. Governor, Comptroller, Attorney General, and Members of the Senate and Assembly.

We support Tort Reform that restores common sense to our system of civil litigation while assuring the protection and consideration of the personal rights of the injured individual and their families.

We believe that welfare benefits keep people dependent on government and should be rolled back.

The Conservative Party staunchly believes that all human cloning must be banned and that stem-cell research specifically prohibits the use of progenitor cells and/or pluripotent cells and is limited to adult stem cells and fetal cord blood research.

We support legislation that allows families recovery for the wrongful death of their unborn child due to negligence, malpractice, or other wrongful acts. We support enactment of the Unborn Victims of Violence Act, which would punish an assault on an unborn child.

We support a constitutional amendment that will define marriage as a union between one man and one woman. We also believe that any attempt to amend the Human Rights Law to include "trans gender" language as a special class of citizens should be rejected.

We support the repeal of the statute of limitations for rape, sexual assault, and other serious violent felony offenses for all offenders.

We support amending the law so those who commit a third independent misdemeanor offense are subject to a felony conviction.

We support privatization of state owned and/or operated enterprises that compete with privately owned businesses with revenues from asset sales earmarked for tax reduction or retirement of State Bonds.

We reject any legislation that uses public monies for the development of private enterprises, i.e, convention centers and sports stadiums.

We oppose the unreasonable and massive take over by state and local governments, or Indian Nations, of private property and open space, which will prevent private enterprise from being in the position of economically developing such lands to generate revenue.

We support legislation to adopt English, as 31 states have done already, as New York's official language.We are opposed to any legislation that mandates health insurance coverage.